One of the advantages of the REVEALING INFORMATION GROUP is a comprehensive approach to resolving the issue of a person who has applied to us for legal assistance.

This indicates that the team has professionals from various fields of law, which significantly saves money and time for the Client to resolve its issue.
The latest example of this is the support of the Client in the case of an administrative offense related to the election process.

A report on an administrative offense was drawn up against our Client for allegedly posting propaganda materials in violation of the law, which, together with other case materials, was sent to court to bring the Client to justice in the form of a fine.
The lawyers prepared a plan for the Client’s defense, which consisted in the fact that the police officer who drew up the report did not prove the Client’s guilt in the act, for which additional evidence was provided.
At the court hearing, the lawyer stated our position in the case, pointed out significant violations in drawing up the protocol, provided evidence to refute the incriminated violation of the law, and drew the court’s attention to the incorrectness of the protocol, ie violation of procedure. In particular, the police officer who drew up the report did not indicate the exact place (address) of the offense, the name of the political party on whose behalf the political agitation was conducted, and no photographs confirming the fact of the offense.
The lawyer convincingly proved his objections to the court, which resulted in the court ruling to close the case.
Address: Kyiv, street Degtyarivska, 25a, building L.
Website: https://revealinginformation.com.ua/
Email: revealing@ukr.net
Phones: +38095 868 35 90
+38067 868 36 90 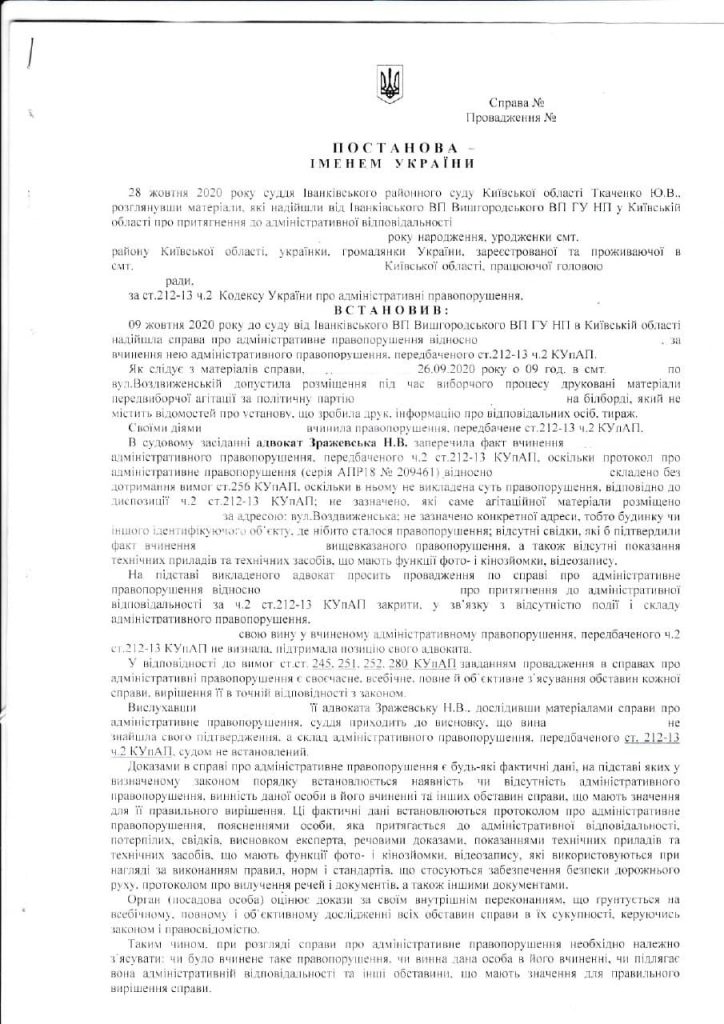 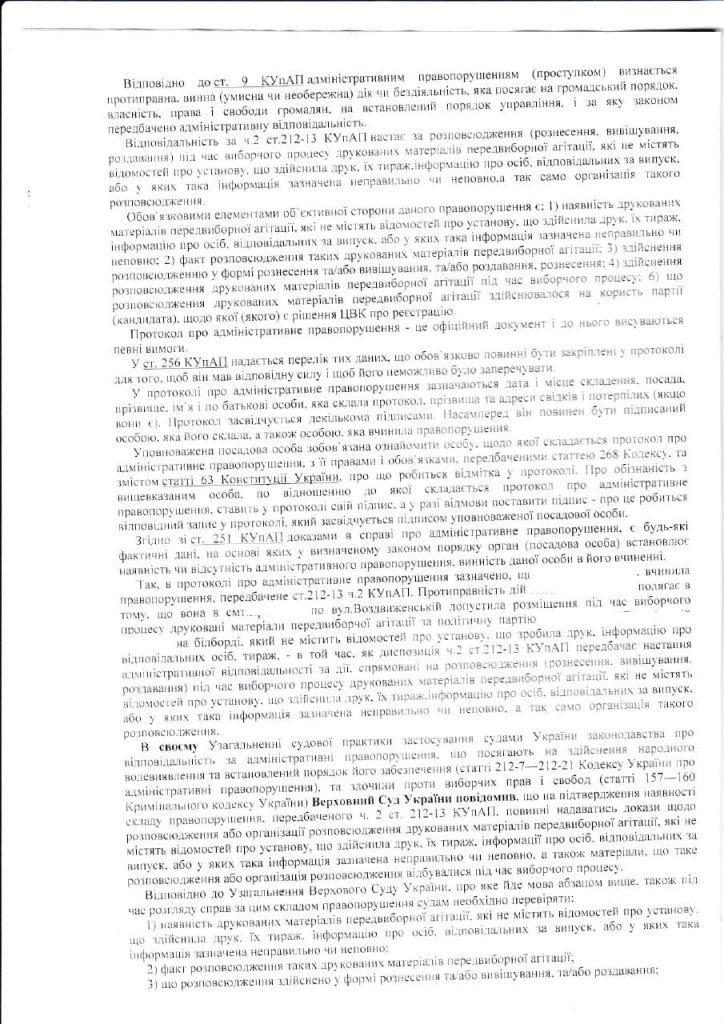 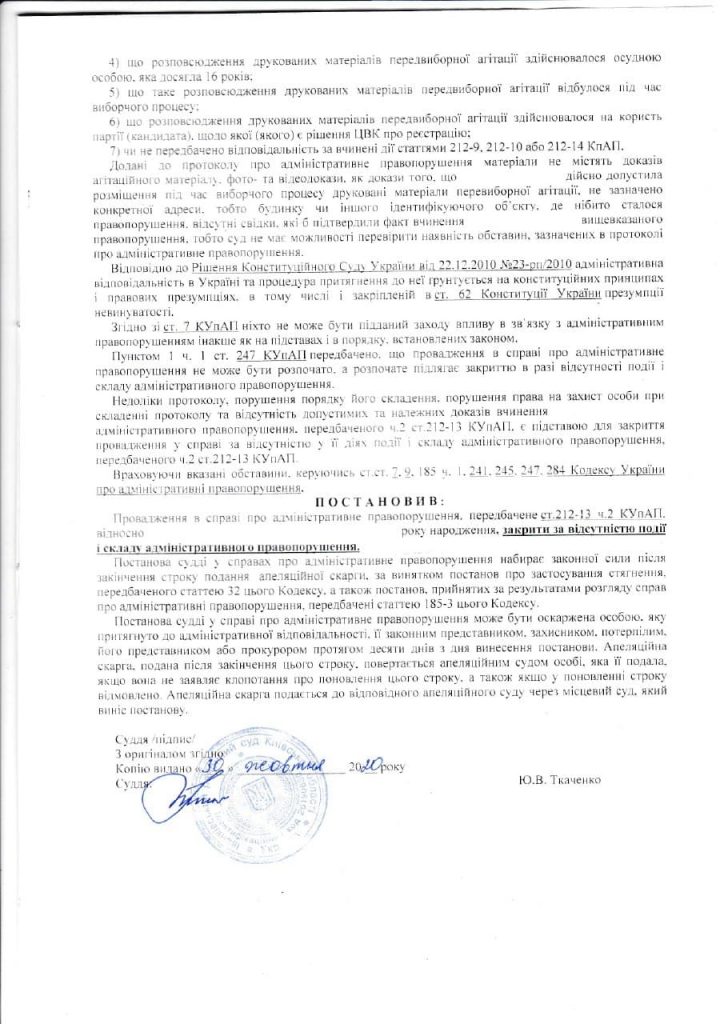